Dear Reader… Bridgerton Season 2 has taken the world by storm over the past month and, if anything, couples are even more in love with this wedding theme, having watched the evolution of Kate and Anthony’s grand romance. And no wonder – the series is a delightful blend of history, drama and Regency romance, with jaw-dropping fashion, whimsical details, and exquisite backdrops. I recently shared some of my favourite Bridgerton-style wedding ideas on Destination I Do. One of these is to choose a spectacular historical wedding venue, the kind of sprawling countryside manse that could easily have hosted one of the ton’s glamour-filled balls or opulent house parties. While the series itself is filmed in the UK, there are many venues across Ireland and the rest of Europe that would also fit the bill and be the object of all your desires. I’ve rounded up 5 of my favourite European venues for a Bridgerton inspired wedding.

Bridgerton is based in the Regency era, which took place towards the end of the Georgian era starting in 1811. This was the period when King George III was deemed unfit to rule and his son George ruled as Prince Regent until the King’s death in 1820. During this time, the aristocracy flourished, with fashionable society known as ‘le bon ton’. The Regency is now known for its fine art and architecture. And, while social classes at the time were based solely on birthright, today you don’t need to be a duchess or viscount to enjoy the best locations that the era has to offer. 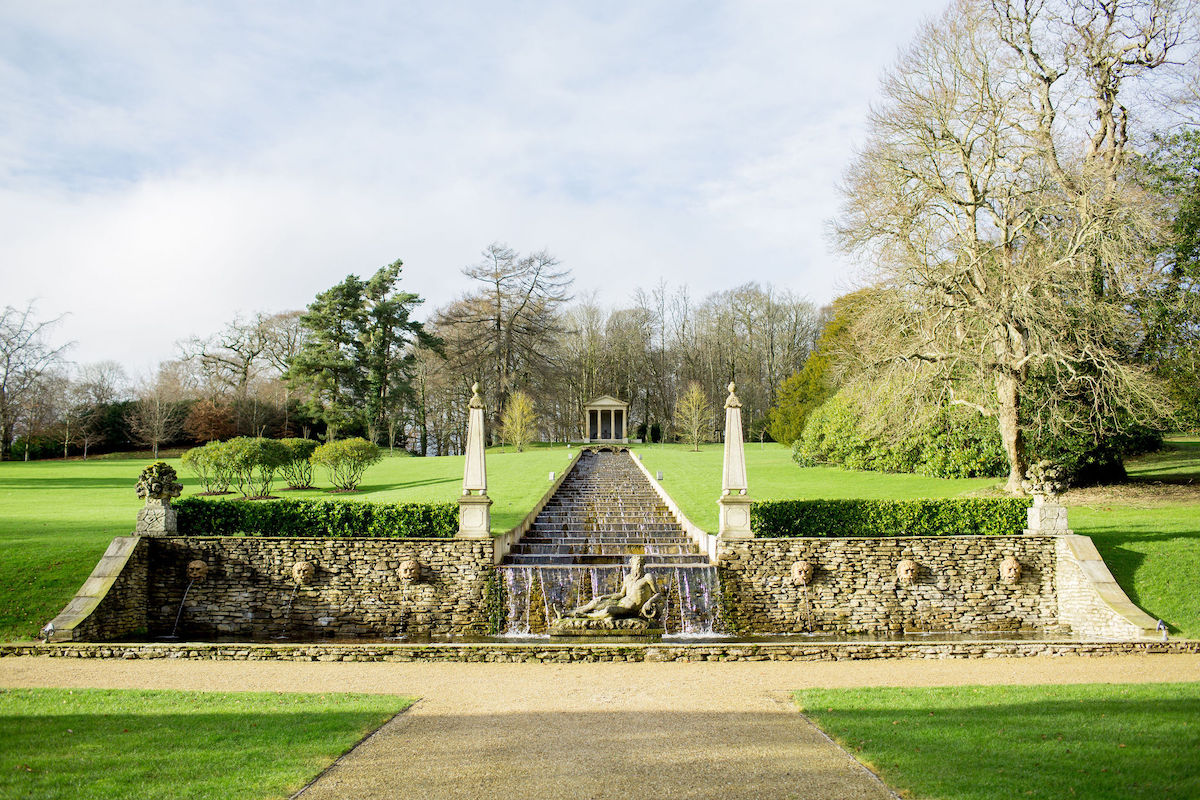 Ballyfin Demesne is an exclusive Irish wedding venue set in the middle of the Irish countryside, in the foothills of the Slieve Bloom Mountains. This house was built in the 1820s, a similar period (give or take about ten years) as the one in which Bridgerton is set. It not only has the house as a backdrop (and what a house!), but also has many acres of parkland, forest, and formal gardens, as well as a lake, to use as the backdrop to your own Regency-style wedding. The glass Conservatory is a beautiful location for a ceremony or candlelit rehearsal dinner (cue: the orchestral version of ‘Material Girl’), while the State Rooms and Ballroom are the perfect place for dining and dancing. This is one of the venues for a Bridgerton inspired wedding that would certainly be Lady Whistledown-approved!

You can read my complete guide to weddings at Ballyfin here. 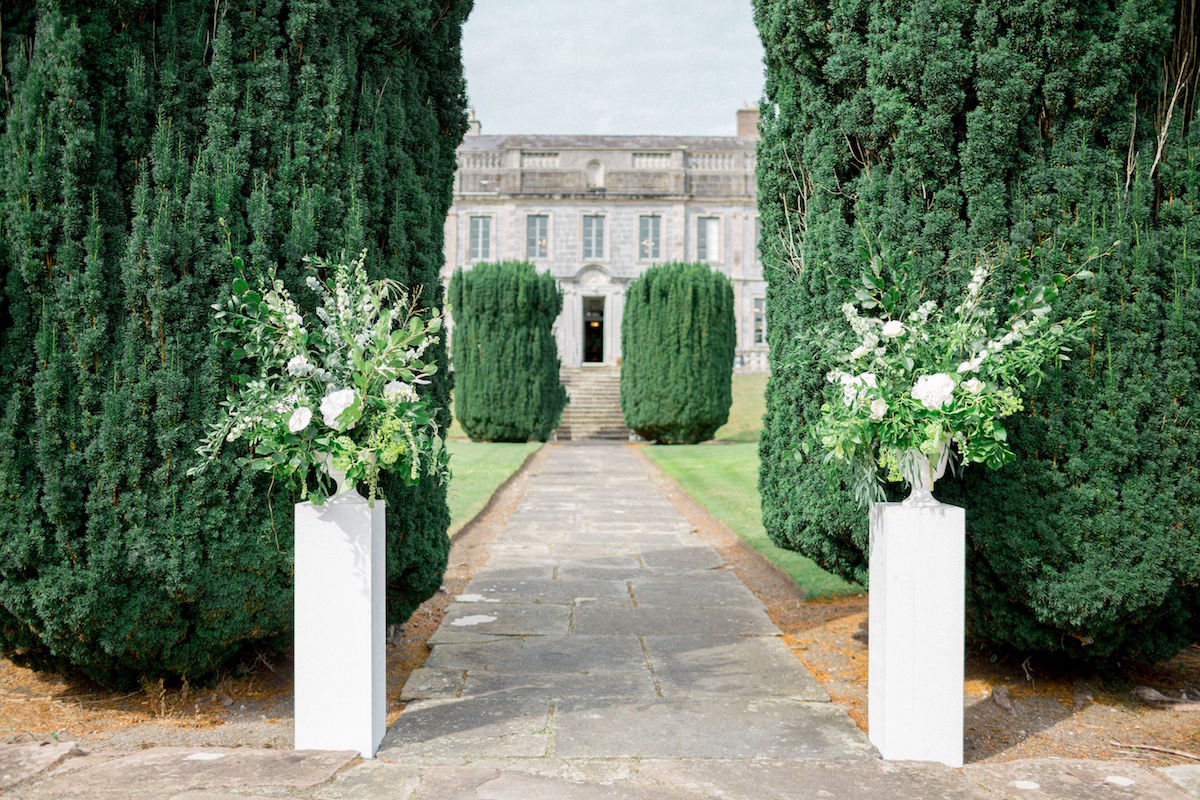 While it wasn’t built during the Regency itself, Gloster House nevertheless boasts a beautiful Georgian mansion (built around 1700). Its grounds are such a great location for an outdoors Bridgerton-style ceremony, including Italianate terraced gardens, water features, woodlands, and lakes. After the ceremony, you can move throughout the gardens – and the peacocks always arrive at just the right time for their photography moment! The interiors are light and bright, in shades of white and duck egg blue – the Bridgerton family’s signature shades! 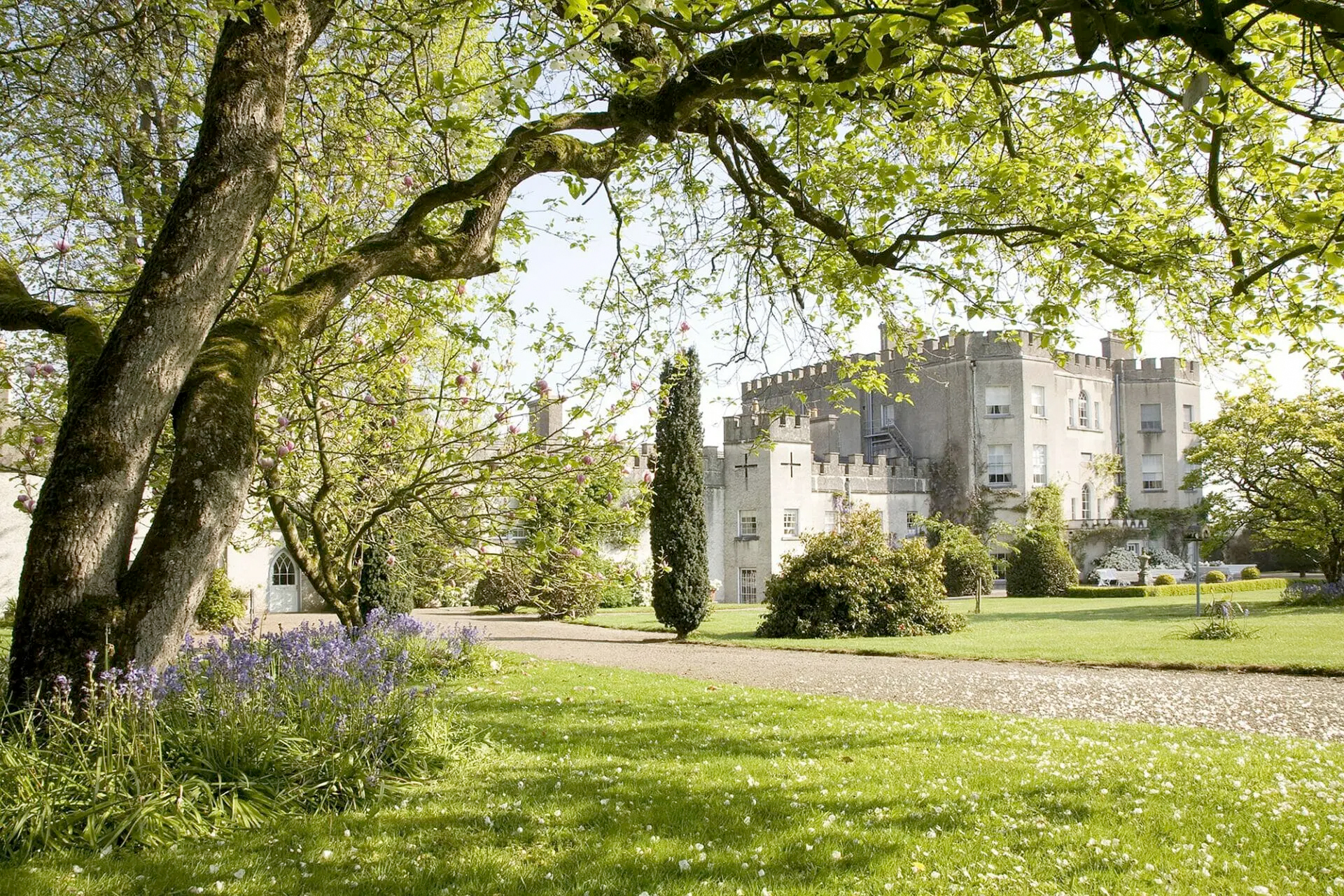 Built in the 1780s, Glin Castle in Co. Limerick has been home to the same family for over 800 years. It’s available as an exclusive hire venue and is so perfect for a Bridgerton-inspired wedding that you would have to add very few extras to make this little gem yours for your stay. The pleasure grounds are exceptional – just the kind of place for a promenade (or where Daphne and the Duke might get carried away!). Indoors, the reception rooms are filled with period furniture and details like the neo-classical plaster ceiling in the entrance hall and the family portraits that line the walls. There’s even a library with a secret door!

Beyond Ireland, one of my favourite European venues for a Bridgerton inspired wedding is the beautiful Villa Cora in Florence, Italy. It was just made for Bridgerton style romance – in fact, it was built as a gift of love by Baron Oppenheim for his princess bride. The villa is set inside a park surrounded by lush gardens that overlooks the famous Boboli Gardens, close to the historical centre of Florence, and has hosted guests including Tchaikovsky and Princess Eugenia, wife of Napoleon III. Entering the mirror room is like stepping back in time for your wedding experience – just the sort of place where Queen Charlotte would feel at home! 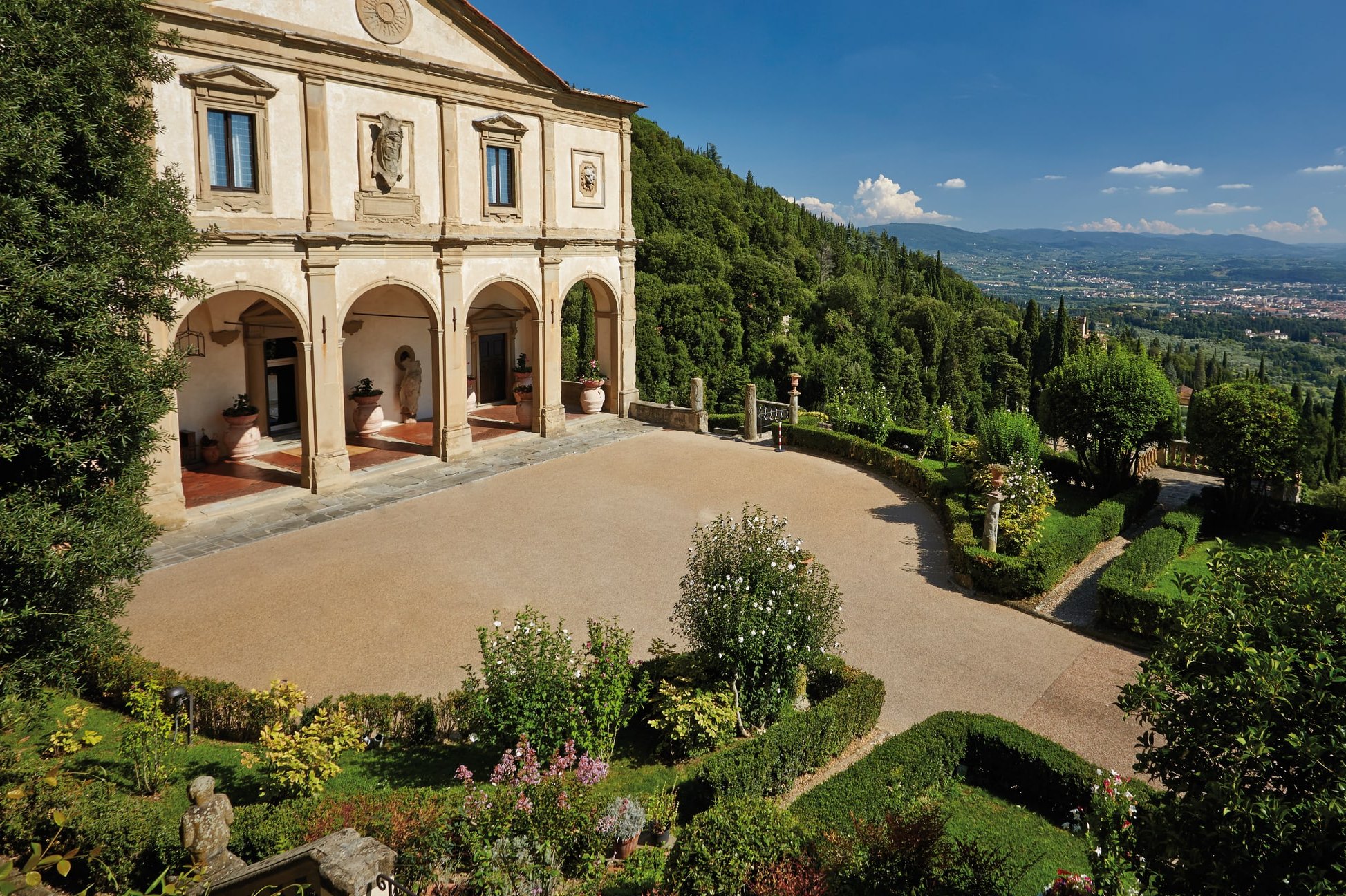 Not far away, in Fiesole, is the Villa San Michele, another exceptional European wedding venue with period drama flair. Even though it was built at the end of the 19th Century, it still gives off so many Bridgerton vibes that you can forgive the time difference! With views over Florence and plentiful wisteria (that blooms here twice a year), the gardens are so Bridgerton!

Whichever of these European venus for a Bridgerton inspired wedding you choose, you’re sure to feel like you’ve stepped back in time and into a romance worthy of a novel!